The French defense procurement agency (DGA) has awarded Thales a contract for the delivery of its Scorpion helmet-mounted sights and digital multi-function displays for the country’s Rafale fighters.

The order also includes deliveries for the F4 variant of the Rafale, which is expected to be introduced from 2022. The French Air and Space Force and the French Navy are constantly upgrading their Rafales with new capabilities, with the most recent enhancement package, the F3-R standard, achieving operational status in March this year.

Coupled with the aircraft’s weapon systems, the Scorpion helmet-mounted sight and display enhances tactical situational awareness and enables crews to respond more quickly and with greater agility to a whole range of threats.

As explained by Thales, the helmet-mounted display symbiology brings together information from the aircraft’s onboard sensors to help pilots perform their missions even in the most challenging situations. It creates a continuum between the cockpit and the outside world to radically improve awareness of the tactical situation. Coupled with the weapon system, the display can be used to designate and track targets anywhere in the crew’s field of view in daylight and at night.

The 400 digital multi-function displays on order will replace the lateral displays on France’s in-service Rafale aircraft, which are primarily used to inform the pilot about the status of the aircraft’s systems and provide imagery from its onboard sensors. The new equipment offers a larger display area, an improved touchscreen interface and greater processing power. 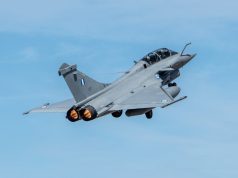 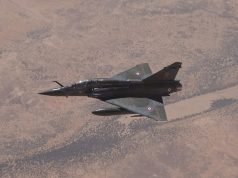 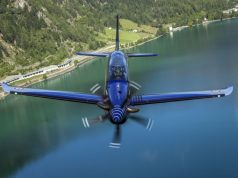