A Hellfire missile launched by a Reaper drone in Kabul on August 29 did not kill an ISIS-K planner, as initially believed, but 10 civilians, including children, the Pentagon admitted on September 17.

During a briefing at the Pentagon, commander of US Central Command, Marine Corps Gen. Kenneth F. McKenzie, Jr., outlined the findings of an investigation he directed following that strike, after reports said civilians may have been killed.

“Having thoroughly reviewed the findings of the investigation and the supporting analysis by interagency partners, I am now convinced that as many as 10 civilians — including up to seven children — were tragically killed in that strike,” he said.

“Moreover, we now assess that it is unlikely that the vehicle and those who died were associated with ISIS-K or were a direct threat to US forces.”

The general offered condolences to the family and friends of those killed but said that at the time of the strike, the intelligence that was being reported left him and others confident the strike would have averted a threat to US military forces at the nearby Hamid Karzai International Airport, or HKIA, who were busy evacuating civilians.

“Our investigation now concludes that the strike was a tragic mistake,” he said.

The general said military intelligence indicated a compound located about 6 kilometers from the airport was being used by ISIS-K planners to plot attacks similar to the one that killed 13 US service members and more than 100 Afghan civilians just three days earlier near the Abbey Gate entrance to HKIA. The same intelligence also indicated that a white vehicle would play an important role in one of the attacks being planned.

Based on that intelligence, McKenzie said surveillance assets, including as many as six MQ-9 Reapers, were focused on that compound. On the morning of Aug. 29, he said, observers spotted the white vehicle arriving at the compound. The observers spent the rest of the day following it from the air as it moved throughout the city and watched as the vehicle occupants moved supplies into and out of the vehicle and later exited the vehicle permanently at locations throughout the city.

Late in the afternoon, the general said, the vehicle dropped off its last passenger and drove to a location approximately three kilometers from the airport.

“We were very concerned that the vehicle could move quickly and be at the airport boundary in a matter of moments,” McKenzie said. “By this time, we’d observed the vehicle for about eight hours. While in the compound, the vehicle was observed being approached by a single adult male assessed at the time to be a co-conspirator. The strike was executed at this time, because the vehicle was stationary, and to reduce the potential for civilian casualties.”

McKenzie said a Hellfire missile hit the vehicle at 4:53 p.m., and had been configured to detonate inside the vehicle as a way to minimize the chance of civilian casualties.

“It is my assessment that leaders on the ground and in the strike cell had achieved a reasonable certainty at the time of the strike to designate the vehicle as an imminent threat to US forces at the airport, and that they made this self-defense strike in accordance with established rules of engagement,” McKenzie said.

Still, McKenzie said, while Centcom believed the strike would prevent an imminent attack on US forces and civilians at the airport, he now understands that to be incorrect.

“It was a mistake, and I offer my sincere apology,” he said. “As the combatant commander, I am fully responsible for this strike and its tragic outcome.”

The general also said the department is exploring the possibility of ex gratia payments to those affected by the strike.

“On behalf of the men and women of the department of defense, I offer my deepest condolences to surviving family members of those who were killed, including Mr. Ahmadi, and to the staff of Nutrition and Education International, Mr. Ahmadi’s employer,” US defense secretary Lloyd J. Austin III said.

“We now know that there was no connection between Mr. Ahmadi and ISIS-Khorasan, that his activities on that day were completely harmless and not at all related to the imminent threat we believed we faced, and that Mr. Ahmadi was just as innocent a victim as were the others tragically killed.

We apologize, and we will endeavor to learn from this horrible mistake.” 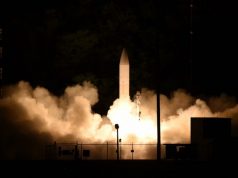 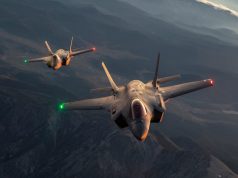