The Royal Canadian Air Force is investing into radar upgrades for its C/F-18A Hornet fighter aircraft under a contract with Raytheon.

On September 20, the US defense department announced a $140.3 million contract for the company, under which it will deliver 36 AN/APG-79(V)4 radar systems for Canadian Hornets.

Canada is investing in its Hornet fleet with the aim of keeping them in the air until 2032.

The country is currently in the process of identifying its future fighter after receiving proposals from Saab, Lockheed Martin, and Boeing as part of the Future Fighter Capability Project.

Before the first future fighters are delivered sometime in 2025, Canada will have to keep its Hornets operationally relevant.

The same AN/APG-79(V)4 radar procured by Canada is also being delivered for legacy US Marine Corps Hornets. The active electronically scanned array (AESA) radar is powered by gallium nitride (GaN) and helps pilots detect and track enemy aircraft from farther distances and with more accuracy.

In addition to radar and weapons systems enhancements, a portion of the C/F-18A Hornets is expected to receive navigation and communications systems upgrades. The overall cost of the investments is projected at around C$1.5 billion. 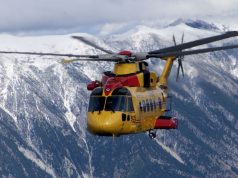