The governments of the United States and Slovenia have signed a letter of offer and acceptance under which the Slovenian Armed Forces will be receiving an additional 37 Joint Light Tactical Vehicles (JLTV) built by Oshkosh Defense.

The agreement was signed on September 14, four months after the country received its first batch of vehicles.

According to the Slovenian defense ministry, the plans call for the procurement of up to 99 additional JLTV 4x4s.

The contract for the announced 37 units is worth an estimated 33 million euros.

The LOA includes JLTVs as well as M153 Common Remotely Operated Weapon Station (CROWS), special tools, maintenance and spare parts, technical support and other related equipment. The estimated delivery date is between 2023 and 2024.

Slovenia is equipping its JLTVs with the Kongsberg-built RWS integrated with Spike long range missiles developed by Israel’s Rafael.

Should all 99 vehicles be purchased, the project would cost an estimated 137 million euros, according to the defense ministry.

In addition to the JLTV, the country is also weighing a possible purchase of the Boxer armored vehicles. Reports on the plans for a possible 45-vehicle buy emerged this summer, but no official confirmation has been made. 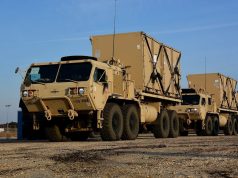 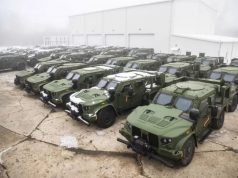