The Russian Navy’s Pacific Fleet has commissioned the service’s ninth Improved Kilo-class submarine Magadan in a ceremony in St. Petersburg.

In addition to being the ninth boat in its class, it is the third to be built for the Vladivostok-based Pacific Fleet. The first six units entered service with the Black Sea Fleet between 2014 and 2016.

Magadan joined the fleet on October 12, in unusually quick fashion. The boat was commissioned a little under two years after starting construction in November 2019. It even entered service faster than officially anticipated. Magadan and Ufa – another submarine in the class – had initially been scheduled for delivery by 2022.

The contract for the construction of the second batch of Improved Kilos was signed in September 2016. The seventh boat, Petropavlovsk-Kamchatsky, was handed over to the navy in November 2019, while the Volkhov, the second of the follow-on subs, entered service in October 2020.

All six conventionally-powered diesel-electric submarines for the Pacific Fleet are expected to be completed by 2024, the Russian defense ministry said. The final two boats in the class, Mozhaysk and Yakutsk, were laid down in August this year.

Improved Kilo-class submarines displace between 3,000 and 4,000 tons while submerged and have a range of 7,500 nautical miles at a cruising speed of 7 knots. They feature six torpedo tubes and can carry 18 torpedoes and surface-to-air missiles. Thanks to their minimal acoustic signature, the US Navy refers to them as “black holes.” 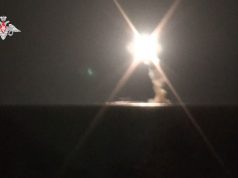 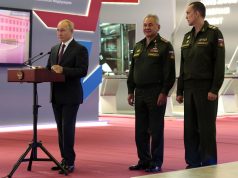