Valued at MNOK 3,950 (approx. $472 million), the contract is one of the largest ever awarded by the agency.

“To ensure that the F-35 is able to deliver on the requirements set by the Norwegian parliament, they must be equipped with modern and effective weapons. One of the most important of these is the JSM, and this contract is therefore essential in ensuring that the Norwegian Armed Forces will be able to declare full operational capability with the F-35 in 2025,” said Director of the Norwegian Defence Materiel Agency, Mette Sørfonden.

The JSM is a fifth-generation stealth air-to-surface missile developed to fulfill the F-35’s anti-surface warfare and land attack capability needs. The missile can be carried internally ensuring the aircraft’s low-signature capabilities, and it has superior performance against well-defended sea- and land targets across long distances.

Development of the JSM began in 2009, the year following the selection of the F-35 as Norway’s next combat aircraft, and has been driven by Norway’s need to independently defeat well-defended targets at both land and sea at extended ranges.

During the initial three phases of JSM development, personnel from the armed forces cooperated closely with engineers at Kongsberg and researchers at the Norwegian defense research establishment to design and develop the missile. This has included integration and testing on the F-35.

Though follow-on development efforts on the F-35 will include further test firings of the JSM, the missile itself is now at a stage where it is ready for phase four and series production, with first deliveries expected in 2023.

“The Joint Strike Missile, as part of the Norwegian F-35 fighter jet, enables the Norwegian Air Force to operate within the challenging and complex environment ensuring the defense of vital national interests. The development of the missile has been ongoing since 2008, and with this contract, completes development and test and enters a full rate production phase,” Eirik Lie, president of Kongsberg Defence & Aerospace, said. 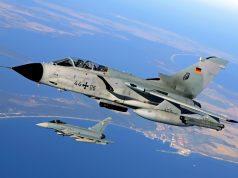 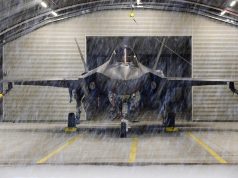