A Ukrainian Bayraktar TB2 armed unmanned aerial vehicle (UAV) took out a D-30 howitzer operated by Russian-backed separatists in Donbas in a culmination of a series of ceasefire violations over the last two days.

The strike on October 26 marked the Turkish-built drone’s first combat mission while in Ukrainian service.

According to the Ukrainian General Staff of the Armed Forces, the drone strike was in response to heavy shelling by separatist forces, which killed one Ukrainian serviceman and injured another.

The Ukrainian defense ministry noted that the TB2 strike was carried out after the separatist forces did not react to calls for a ceasefire by the OSCE Special Monitoring Mission to Ukraine (SMM).

OSCE SMM previously said it had recorded 241 ceasefire violations in the Donetsk region and three in the Luhansk region over a 24-hour period between October 24 and October 25.

According to local reports, Ukrainian Armed Forces took control of the village of Staromaryivka, which is in the “gray zone” in Donbas, during clashes on Tuesday.

The Bayraktar TB2 that was used to neutralize the howitzer has been in service with the Ukrainian armed forces since 2019, when the army received first units. The Ukrainian Navy received its first medium-altitude long-endurance UAVs (MALE UAV) earlier this year. 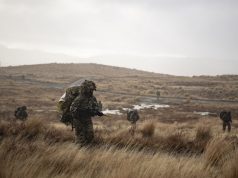 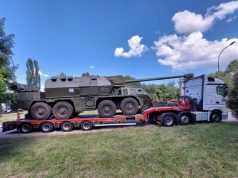