The crew of Royal Danish Navy frigate Esbern Snare has killed four and injured a fifth pirate in a stand-off in the waters of the Gulf of Guinea, south of Nigeria.

According to the Danish defense ministry, the frigate responded to reports of an increased risk of piracy in the waters on November 24. The ship first deployed an embarked Seahawk helicopter to gather intelligence.

The crew of the helicopter identified a fast-moving motorboat with eight suspicious men on board among a number of merchant ships. The suspicious boat also carried a number of tools associated with piracy, including ladders, the ministry added.

Later in the day, Esbern Snare was close enough to send its boarding team on rigid hull inflatable boats to board the pirate ship.

The pirates initially did not heed to orders to stop the boat for a boarding inspection and the Danish forces fired warning shots. The pirates then opened fire directly on the Danish soldiers, who in turn reacted in self-defense and responded to the fire from the pirates.

Following a brief firefight, five pirates were hit. Four of the pirates died and one was injured, according to the ministry, which noted that no Danish soldiers were injured.

The pirate ship sank following the firefight and the pirates were taken aboard the frigate. An inter-ministerial working group will determine how to handle the case and where the pirates, whose nationality has not been revealed or determined, will be taken.

HDMS Esbern Snare has been on patrol in the region since early November, and is scheduled to remain there until April next year. The frigate got underway from Denmark for the deployment in October this year. 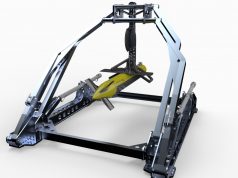 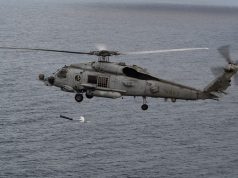