The Indian Navy has commissioned its fourth Kalvari-class (Project-75) submarine INS Vela in a ceremony at the Naval Dockyard in Mumbai.

In addition to being the fourth of six Kalvari-class boats to enter service, it is also the second unit to join Indian Navy ranks this year. In March 2021, India commissioned the third boat in the class – INS Karanj.

The Scorpene-class submarines are being built in India by Mazagon Dock Shipbuilders Limited (MDL) Mumbai, under a transfer of technology agreement with French shipbuilder Naval Group.

INS Vela would form part of the Western Naval Command’s submarine fleet and would be another potent part of its arsenal. The boat joined the navy after being launched in May 2019.

The diesel-electric attack submarines are 67.5 meters long and can deploy SUT heavyweight torpedoes or SM.39 Exocet anti-ship missiles. They have an endurance of 50 days and a range of 6,500 nautical miles. A total of six boats in the class are expected to be built.

MDL has so far launched five submarines in the class as the country slowly builds momentum for the start of a new submarine project dubbed P-75I. The country’s defense ministry has issued a request for proposals to shortlisted foreign companies that would work with local companies to develop the new submarine class through transfer of technology agreements. 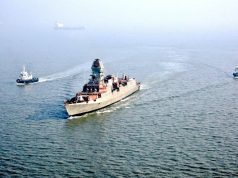 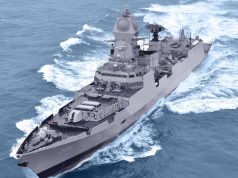