According to local reports in Romania, the country’s defense minister confirmed the purchase on Friday.

While the Norwegian jets are in their fifth decade of service, they are still more capable than the F-16 currently in service in Romania. The 17 Romanian F-16 were transferred from Portugal between 2016 and 2021.

The former Portuguese F-16s received mid-life upgrades before being transferred to Romania and now have the M.5.2R configuration, with capabilities similar to Block 50/52 aircraft. The Norwegian airframes feature the M6.5.2 configuration, with the ability to launch smarter laser JDAM bombs and AMRAAM-120D missiles.

According to reports, the transfer would take place under a contract worth 454 million euros, before taxes. This price tag would include logistics support and modernization work.

Norway is shedding its F-16 fleet as it continues work on transitioning to the F-35. It has so far taken delivery of 34 of the fighter jets, with the latest batch arriving in Norway on December 9.

Earlier this month, Norwegian defense ministry revealed it had reached an agreement with US adversary air services provider Draken International for the sale of up to 12 F-16 fighters to the company.

Announcing the sale in early December, the defense ministry said was “continuing discussions with NATO allies about the sale of several Norwegian F-16s.” 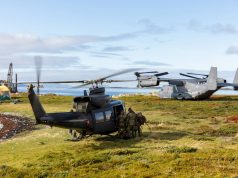 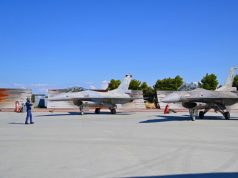