US Navy littoral combat ship USS Milwaukee (LCS 5) returned to sea on January 3, after previously being tied to port as a result of a portion of the crew testing positive for COVID-19.

The Milwaukee was deployed on operations when it was forced to pull into Naval Station Guantanamo Bay on December 20, after crewmembers tested positive for COVID-19. All affected sailors exhibited mild or no symptoms, the navy said.

The Freedom variant littoral combat ship returned to operations with all crew members which include the “Sea Knights” of Helicopter Sea Combat Squadron (HSC) 22 Detachment 5 and embarked US Coast Guard Law Enforcement Detachment.

“It is great to be heading back out to sea.” said Cmdr. Brian Forster, USS Milwaukee commanding officer. “The crew worked together as a team to ensure we are ready to conduct the mission. My entire crew is feeling great, healthy and excited for the next portion of our deployment.”

Since being port, Sailors were also afforded the opportunity to receive the COVID-19 booster shot. While not mandatory, the booster is recommended for sailors.

The navy said it would continue to follow aggressive cleaning protocols, wear masks and social distance while at sea to ensure they remain mission ready.

The Milwaukee started its regularly scheduled deployment to the US 4th Fleet area of operations on December 14. The ship will support the Joint Interagency Task Force South’s mission, which includes counter-illicit drug trafficking missions in the Caribbean and Eastern Pacific. 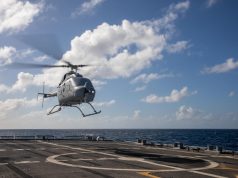 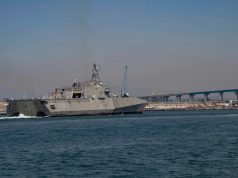 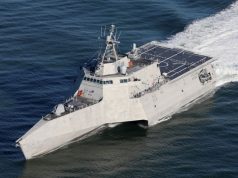