Northrop Grumman says it has successfully completed a static test of its Precision Strike Missile (PrSM) rocket motor as part of its motor qualification effort.

The test supports the necessary requirements to validate the company’s motor design for production.

“With another successful rocket motor test complete, we are one step closer to providing the US Army with a next-generation, long range fires capability,” said Rebecca Torzone, vice president, missile products, Northrop Grumman. “Our new motor delivers enhanced performance that translates to increased weapon load out and standoff for our warfighter.”

The test validated that the motor met all performance requirements after being conditioned to extreme cold temperatures. The rocket motor will undergo a series of additional qualification tests before initial fielding in 2023.

The new missile will be expected to engage targets at extended ranges in all weather conditions exceeding the ATACMS maximum range of 300 kilometers. Future PrSM increments will concentrate on increasing the range and engagement of time-sensitive, moving, hardened, and fleeting targets. Army units will fire the PrSM missiles from the tracked M270A2 MLRS and the wheeled M142 High Mobility Artillery Rocket System (HIMARS).

Northrop Grumman will produce the PrSM propulsion system at its manufacturing facility at the Allegany Ballistics Laboratory in Rocket Center. 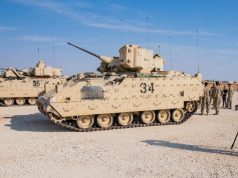 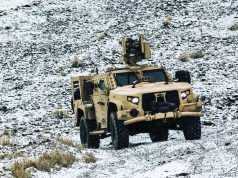 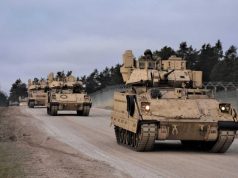