The US Special Operations Command Europe’s annual special operations forces exercise Trojan Footprint is kicking off on Monday with events set to take place across Europe.

The 2022 edition of the drill will be the largest SOF exercise to date, With over 3,300 participants from 30 nations, doubling in size from the previous year.

Trojan Footprint is designed to demonstrate proficiencies, assess readiness and lethality of the participating forces, as well as continue improvements to interoperability with allied and partner nations.

Trojan Footprint will be closely affiliated with several other exercises that will be taking place at the same time, including Black Swan in Hungary, Emerald Warrior in the United States, Flaming Sword in Lithuania and Skorpion in Poland.

Another fact that makes this year’s Trojan Footprint stand out is that it will be conducted from the Baltic Sea to the Black Sea to cover NATO’s entire eastern flank for the first time.

In another first, two Eurofighter Typhoon FGR.4 multi-role combat aircraft will arrive in Hungary from the British Royal Air Force to fly close air support (CAS) missions for the SOF units for the duration of the exercise.

“During the exercise, American, Austrian and Romanian SF task groups will be training under the command of a Hungarian Special Operations Task Group (SOTG), and we will also set up a combat infantry capability in Újdörögd with the help of the Polish troops joining us,” Major General Tamás Sándor, Inspector for Special Operations of the Hungarian Defence Forces Command, said.

This also means that several elements corresponding to the Szolnok-based Regional Special Operations Component Command (R-SOCC) will be operating in parallel during the exercise. The command achieved initial operational capability in 2021.

“Year after year, the Black Swan exercise series involves more and more elements, and for us, this is an essential and necessary training process for reaching full operational capability (FOC) by the end of 2024, and for subsequently being able to go on stand-by as the NATO SOF Response Force in 2025,” Sándor added. 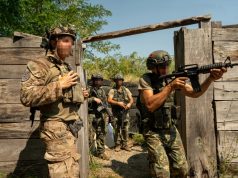 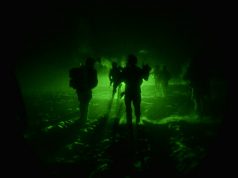 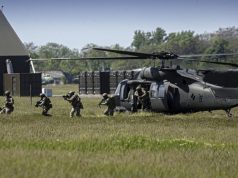