The US Special Operations Command Europe (SOCEUR) has decided to locate a forward-based SOF headquarters in Albania.

The location of the rotational forward base in Albania will provide increased interoperability with Albanian allies, important access to transportation hubs in the Balkans and greater logistical flexibility, SOCEUR said in a statement.

Announcing the decision, SOCEUR said the move would not be possible without the “tremendous support of the Albanian government and the professionalism of the Albanian military.”

“The ability to rapidly move and train within the Balkans, in close coordination with other allied and partner forces, made Albania the best location for this effort,” said Major General David H. Tabor, Commander of Special Operations Command Europe. “Albania remains an important NATO ally and a valued security partner, both regionally and globally.”

The establishment of the rotational base in Albania comes at a time of increased tensions in the Balkan region, and the growing influence of Russia. Albania’s closest neighbor, Serbia, is increasingly arming itself with Russian defense systems, and has most recently taken delivery of Russian-developed Kornet anti-tank guided missiles.

Albania has been a member of NATO since 2009, and has hosted several NATO exercise, including the US Army’s flagship drill in Europe, ‘Defender Europe‘. 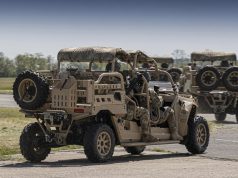 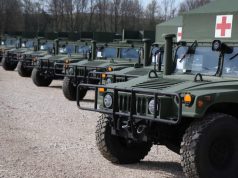 US donates Humvees to Albania 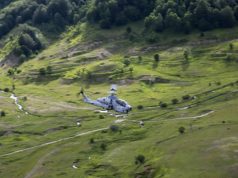