The Royal New Zealand Air Force C-130 Hercules transporter and a team of personnel that were deployed to Europe in support of Ukraine have returned to New Zealand.

The aircraft and personnel were deployed in April for a period of up to 60 days to conduct missions in support of Ukraine’s self-defense.

Over that time, crew on the Hercules carried out 62 flights transporting 256,000 kg of military aid and 92 passengers.

New Zealand’s defense ministry noted that the aircraft was based at RAF Brize Norton, United Kingdom, for the duration of the mission, and that NZDF personnel have not been entering Ukraine.

The Air detachment commander Wing Commander, Lisa D’Oliveira, said the mission had been a success.

“We’re really proud to have been making a difference. We went to the UK at an important time and what we have been contributing has been hugely significant. We’re pleased to have played our part in working with the international community in supporting Ukraine’s self-defense,” she said.

The NZDF has deployed 86 personnel to the UK and Europe where they have been working with international partners in a range of roles including intelligence, logistics, liaison, artillery training, and air transportation.

This includes personnel based in Germany, working with international partners to cohere and coordinate the movement of donated military aid. 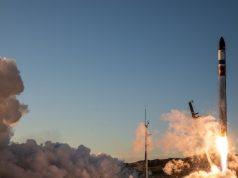