Featuring an autonomous precision-guided missile system, Ice Breaker provides precision strike capabilities from standoff ranges up to 300 km. The company says the missile, which is part of the Sea Breaker missile family, can be used against a variety of high-value land, and sea targets.

According to Rafael, the missile is resilient to electronic countermeasure and is fully operational in GNSS-denied arenas. It also has an IIR (Imaging Infra-Red) seeker, ideal for stationary or moving land and maritime target engagement in advanced Anti Access/Area Denial (A2/AD) arenas.

The missile will be officially introduced at the Farnborough International Airshow in the UK, roughly one year after the introduction of the Sea Breaker, which serves as the naval, land-based version of the all encompassing Ice Breaker.

Ice Breaker is said to be compatible with various aerial platforms including, among others, jet fighters, light aircraft, and helicopters.

Rafael also noted that the missile is a multi service operational solution, meaning the same missile can be operated from air, sea and ground launchers. 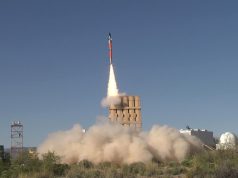 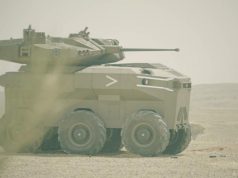