The UK and Japan could join forces on the development of a next-generation fighter jet by merging their existing Tempest and F-X programs.

A report from Reuters indicates that the two sides are “close to an agreement,” which would represent an “equal partnership.” Sales of the tentative joint future fighter system could be led by the UK in Europe, and by Japan in Asia.

Should the two countries completely merge their fighter development programs, it would be a next step in a cooperation that started in December last year. Back then, the UK and Japan said they would work together on the development of a joint engine demonstrator for the two aircraft.

A couple of months later, the countries announced they would also be aligning future fighter sensor development.

The UK and Japan are working on next-generation fighters after both purchased the F-35 fifth-generation aircraft built by Lockheed Martin.

The UK’s Tempest future combat air system is expected to enter service from the mid-2030s, and will combine a core aircraft with a whole network of capabilities such as uncrewed aircraft and advanced data systems. Tempest development is led by BAE Systems.

Japan future F-X fighter is envisioned as a replacement for the F-2 multirole fighter and will support manned unmanned teaming with a radar capable of serving as a directed-energy weapon using microwaves for missile defense. Its internal weapons bay is expected to be capable of fitting six weapons, similarly to the US Air Force’s F-22 Raptor. The main contractor on the F-X program is Mitsubishi Heavy Industries, who had involved Lockheed Martin in the program in 2020. That cooperation ended this year according to Reuters, as the US control over sensitive technologies used in the F-X program had the potential to dictate when and how Japan would upgrade its fighter.

For Japan and the UK, this would be a next step in their defense industrial relationship. It should be noted that the UK MOD is already supporting Japan in the delivery of their Joint New Air-to-Air Missile (JNAAM) program. 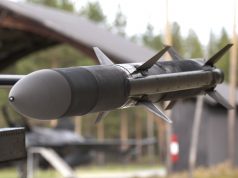 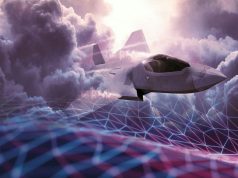