The US Navy’s only forward-deployed aircraft carrier USS Ronald Reagan (CVN 76) arrived in Busan, Republic of Korea (ROK) for a port visit on September 23.

USS Benfold (DDG 65), another ship of the carrier strike group, pulled into Chinhae as part of the strike group’s visit.

This port call is the ship’s first to Busan in nearly five years, and first to the ROK in nearly four years.

It also comes at a time of heightened tensions with North Korea, which appears to be preparing to resume nuclear testing, according to observers. North Korea has already carried out a record number of missile tests this year.

Ronald Reagan is scheduled to host several US and ROK dignitaries aboard the ship at a “big top” reception and conduct several key leader engagements ashore.

“The Ronald Reagan Strike Group’s visit is of strategic importance to the US and Republic of Korea relationship and is a clear and unambiguous demonstration of US commitment to the Alliance,” said Rear Adm. Buzz Donnelly, commander, CSG 5.

More than 200 of the ship’s 4,900 sailors will participate in community relations (COMREL) projects. COMREL events are scheduled at local orphanages and temples that will provide sailors the opportunity to volunteer and learn about the local culture and people.

“As always, we look forward to every opportunity to work with our partners in the Republic of Korea,” said Capt. Fred Goldhammer, Ronald Reagan’s commanding officer. “Thank you to the government and people of Busan for hosting us in our return visit, which will undoubtedly further strengthen our ties. The people of Busan have always warmly welcomed our sailors to their city and I know the crew is excited to explore all that this fantastic city has to offer.”

USS Ronald Reagan is in South Korea after starting its second patrol of the Indo-Pacific region this year on September 12. 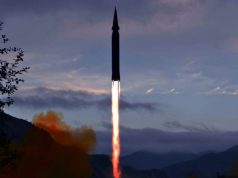 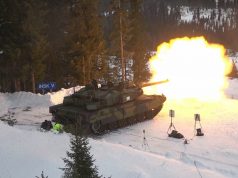