The British Army has shipped nearly 3,500 troops and up to 800 vehicles to Germany for its largest field exercise of 2022 and its largest exercise on the continent for over a decade.

The large-scale command post exercise, Ex Cerberus 22 is aimed at confirming that the five British Army brigade headquarters that sit within the 3rd United Kingdom Division are ready for operations.

It sees the exercise, previously held in the UK on Salisbury Plain Training Area, move to its new central European location to test its ability to move personnel and equipment on a large scale and to operate in an expeditionary setting rather than being close to home.

“We have deployed here to Germany to use the Land Regional Hub at Sennelager, which has also acted as a real test of our ability to deploy forces to the continent at speed,” Colonel Owain Luke, Chief of Staff, Headquarters 3 (UK) Div, said.

3 (UK) Div is the UK’s fighting division and as such can bring to bear the firepower and concentrate the force, which includes: reconnaissance, armored cavalry, armored and mechanized infantry, aviation, artillery, engineers, and logistics, in what is referred to as ‘the full spectrum’ of warfighting capability.

“In addition to British brigades on the exercise, we are also joined by the 3rd Brigade Combat Team from the American 1st Cavalry Division. This exercise is also about building our interoperability with US forces as well as aligning with NATO procedures and working under Headquarters Allied Rapid Reaction Corps,” Colonel Luke added.

The brigades are being tested in a realistic scenario against a peer adversary with the divisional headquarters in overall command. Above them, the NATO Allied Rapid Reaction Corps (ARRC) will provide overall NATO command and control over the exercise.

Getting to Germany for the exercise was quite a task and involved movement by land, sea and air. The division flew to Celle in Germany by RAF A400 aircraft and then onwards to Sennelager by German CH53 Sikorsky heavy lift helicopters while its vehicles and equipment moved by sea.

Some of the equipment being used is already based in Germany which allows the units to provide a more rapid response, which further highlights the importance of Sennelager and surrounding hubs. 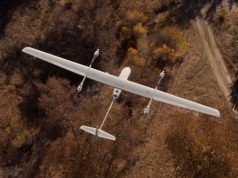