Led and developed by the Air Force Strategic Development Planning and Experimentation (SDPE) office, Rapid Dragon is a program that aims to turn transport aircraft into missile-launching assets.

The operational MC-130J aircrew from the 352nd Special Operations Wing airdropped a Rapid Dragon deployment system containing long-range cruise missiles which were sequentially released on a range over the Norwegian Sea as part of US European Command approved, US Special Operations Command led Operational Series ATREUS.

“Now, more than ever we must take a different approach to accelerating capability to the warfighter,” said AFRL Commander Maj. Gen. Heather Pringle. “Rapid Dragon is a fantastic example of the speed at which technologists and warfighters can work — the design, development, prototyping and experimentation of new capabilities can get to the field on operationally relevant timelines.”

“The Rapid Dragon Experimentation Program is appropriately named, as it advanced rapidly from a concept on paper to a live fire using a developmental prototype in 24 months. Now less than three years from the program inception, Rapid Dragon is being used by SOCEUR in the Arctic Circle,” said Dr. Dean Evans, Rapid Dragon program manager. “This is a testament to the team’s focus on rapid fielding to meet warfighter needs.”

Although the Rapid Dragon Experimentation Program has been focused on kinetic munitions, the program’s efforts are now expanding from Palletized Munitions to Palletized Effects, which include kinetic and non-kinetic munitions; intelligence, surveillance, and reconnaissance, or ISR, platforms; cargo resupply; humanitarian aid delivery.

“AFSOC’s comparative advantage is and always has been our human capital,” said Lt. Gen. Jim Slife, AFSOC commander. “Palletized Effects is a fantastic example of what happens when we empower our Airmen to solve complex problems. AFSOC’s greatest value to the joint force as well as allies and partners is when we find unconventional ways to deliver airpower. The future is going to be different than what we have experienced for the last 20 years, but one thing I’m certain of is AFSOC will be ready for whatever the future operating environment brings.”

ATREUS began in April 2021 to identify and conduct training opportunities on capabilities found throughout the theater that enable response options to the US and NATO allies and partners. Previous ATREUS training events have focused on the High Mobility Artillery Rocket System, or HIMARS, capability with participation from Romania, the United Kingdom, Sweden, and Latvia.

This is the seventh iteration of ATREUS in the European theater but the first combined and joint effort with participation from ally nations of Norway, Poland, Romania, and the United Kingdom as well as United States Air Force Europe-Air Forces Africa, United States Indo-Pacific Command, Air Force Special Operations Command, US Special Operations Command Pacific, and US Naval Sea Systems Command.

“Participation from our allies is cornerstone of ATREUS iterations. Poland, Romania, the United Kingdom have been regular participants in the most recent ATREUS iterations throughout 2021 and 2022, but the global effort with our fellow geographic combatant commands makes a historic demonstration of allied solidarity worldwide,” ATREUS Lead Lt. Col. Lawrence Melnicoff said. 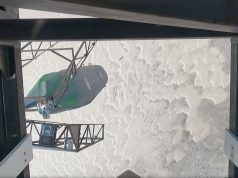 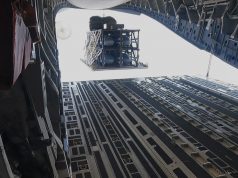 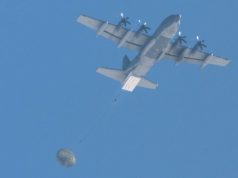