Italian defense technology company Leonardo has announced that it has proven submarine-hunting capabilities of its new ULISSES acoustic sensor system in a live sea trial off the coast of Italy.

The company said the milestone means that development is on track for completion by the end of 2019.

Leonardo said it was in talks with a number of potential domestic and international customers. Production will now take place in 2020 for deliveries the same year.

The ULISSES (ultra-light sonics enhanced system) is an integrated acoustic sensor system designed to ‘listen’ for hostile submarines and determine their locations. Uniquely in the market, ULISSES incorporates ‘multistatic’ functionality, where the processor collects and exploits data from up to 64 distributed sonobuoys or dipping sonar sensors, which are processed in parallel. It then uses the multiple sources of information to triangulate the location of potentially hostile vessels.

The recent sea trials began with Leonardo deploying various types of Ultra Electronics-supplied sonobuoys, including some with GPS, from a ship. The ULISSES processor was then used to locate a number of simulated under-sea targets, automatically marking their coordinates on a map on the operator’s workstation.

Leonardo announced the development of the acoustic system, in partnership with Ultra Electronics (providing miniaturised sonobuoys and multistatic technology) and L3 Technologies (providing dipping sonar), at the 2018 Farnborough Air Show.

The system weighs less than 20 kg including its processor, transmitter, receiver and recorder, which makes it suitable for even very small unmanned aircraft and helicopters. It is also suitable for the retrofit market, where it can be affordably installed in place of an existing sonics system, reducing the overall weight. 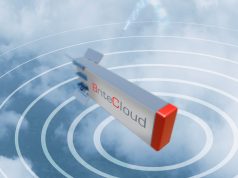 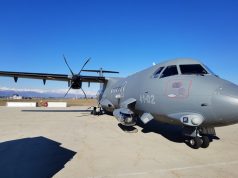