A new flight deck simulator that will provide both Royal and US Air Force Rivet Joint aircraft pilots with improved training capabilities has been unveiled at RAF station Waddington.

The Royal Air Force is the first to take delivery of the operational flight trainer which incorporates the very latest glass cockpit technology with traditional cockpit dials having been replaced with flat screen technology. The simulator will now be used by both RAF and US Air Force personnel to train to fly the Rivet Joint aircraft, a total of 20 of which are flown by the two air arms.

The Rivet Joint aircraft provide airborne electronic intelligence capability in a cooperative program between the UK and US.

“The capability of Rivet Joint is phenomenal but it’s the co-manning and cooperative learning that has been the real success. We have an equal voice which is worth its weight in gold, we are very much one team,” Air Vice-Marshal Harv Smyth, Air Officer Commanding Number 1 Group, explains.

The RAF operates three Rivet Joint aircraft, one of which is the first front-line aircraft in the combined fleet to receive the upgraded glass cockpit. The new simulator will ensure the UK and US crews are able to operate the upgraded aircraft to best effect without the need to fly.

The increase of simulators will allow pilots to train in an environment replicating the operations or exercises they may be required to take part in.

It also means the RAF can cut back on ‘live’ flying from RAF Waddington and operate within a more efficient and cost-effective training environment, RAF said in a release.

The simulator, which is 24 foot long and 22 foot high, was flown into the Lincolnshire base by a giant Antonov cargo plane last year. 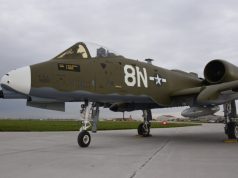 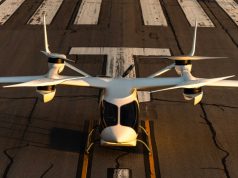 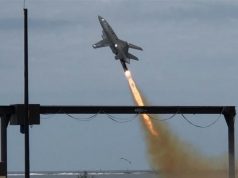