US Air Force’s AC-130W Stinger II gunships joined US Navy aircraft and ships in the Persian Gulf for an exercise designed to test the US forces’ ability to counter surface threats.

The exercise took place earlier this month and marked the first time the AC-130W has been integrated in direct support of maritime security operations in the region.

The engagement of the gunships from the Special Operations Command Central (SOCCENT) has been interpreted as a signal to Iran and its Islamic Revolutionary Guard Corps, which often relies on small boat tactics to operate in the congested waters of the Persian Gulf.

“Our surface forces integrating with aircraft that have the firepower of an AC-130W brings a capability to the joint force that profoundly enhances our lethality in the maritime environment. The addition of the gunship to the joint maritime battle significantly enhances our ability to detect, track, engage and defeat surface threats in order to control water space in the Arabian Gulf,” said Capt. Peter Mirisola, Commander, Destroyer Squadron (DESRON) 50/Commander, Combined Task Force (CTF) 55.

“The effectiveness of this joint capability to conduct maritime strike, reconnaissance and armed overwatch was clearly displayed during this live-fire event.”

While this is the first integration of the AC-130W in this capacity, similar integration operations with special operations assets were conducted in the Gulf between US Naval Forces and MH-6M Little Bird helicopters during Operation Earnest Will from 1987 to 1988. 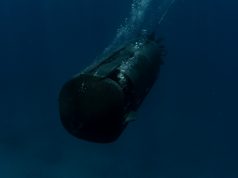 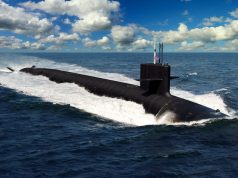 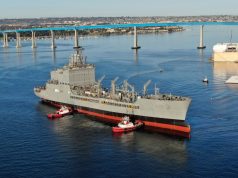