The UK defense ministry has awarded Rheinmetall a contract for the delivery of four Mission Master robotic vehicles to be tested as part of the UK’s unmanned ground vehicle (UGV) testing program.

The Mission Master – cargo – vehicles will be delivered throughout the spring of 2020. In addition, the scope of supply comprises two stretcher systems that can be integrated into the cargo vehicle.

The Mission Master is the latest testing campaign participant to be revealed. Earlier this year, Horiba Mira, Qinetiq, and Marlborough Communications Limited announced their participation in the program.

The program, run by UK’s Defence Science and Technology Laboratory (Dstl) and divided in several phases, is designed to determine the extent to which unmanned vehicles can boost the combat effectiveness and capabilities of dismounted troops at platoon level.

Rheinmetall said the the order, which was placed at the end of 2019, also includes training and service support, as well as spare parts. The vehicles will be supplied by Rheinmetall Canada, with Rheinmetall BAE Land Systems providing on-location support services in its capacity as cooperation partner.

The Mission Master system reduces the combat load soldiers have to carry, boosting their mobility and efficiency. The UGV can operate in autonomous or semiautonomous mode as a fully-fledged member of the combat team. Potential applications include surveillance, protection, evacuation of casualties, firefighting, and CBRN reconnaissance and detection, according to the company. The Mission Master has a payload of up to half a ton and can also serve as a mobile radio relay station. 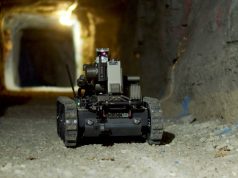 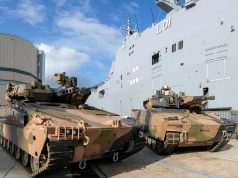 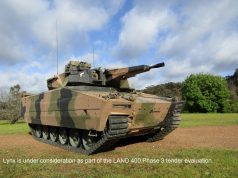