HMS Dauntless, the second of six Royal Navy Type 45 destroyers, arrived at Cammell-Laird’s Birkenhead shipyard on May 5 to start an overhaul which will give the ship new, more powerful generators.

The Royal Navy’s Power Improvement Project (PIP) will see the entire fleet of destroyers receive three new diesel generators, instead of the two currently fitted, to be able to better withstand operations in warmer waters.

The project is necessary as the ships’ gas turbines experienced problems delivering enough power to engines in warmer waters.

HMS Dauntless was initially expected to complete the overhaul by 2021, but it is not clear whether the completion date will be met, as the overhaul had been planned to start in October 2019.

Work under the project will be completed under a £160 million (approx. $197 million) contract awarded to BAE Systems as prime contractor. Under the PIP contract, BAE Systems, in collaboration with BMT Defence services and Cammell Laird, will carry out physical conversion work at Cammell Laird’s shipyard in Birkenhead, Merseyside.

PIP builds on the work carried out in the first strand of the Project Napier from 2014, known as the Equipment Improvement Plan which addresses the reliability of existing equipment.

“The PIP will ensure the fleet of highly sophisticated Type 45s can continue to be deployed successfully on operations around the globe, protecting the UK’s interests worldwide,” director Ships Support at the MOD’s Defence Equipment and Support organisation, Neal Lawson said earlier. 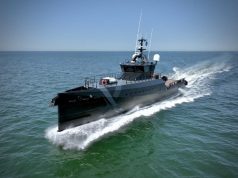 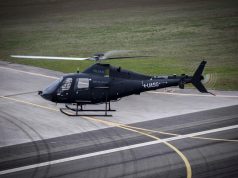