Italian Navy aircraft carrier ITS Cavour left the Taranto navy yard earlier this month, marking the end of an extensive upgrade that will allow the ship to operate the fifth-generation F-35B fighter jets.

Cavour underwent the upgrades inside the “Edgardo Ferrati” basin of the Maritime Military Arsenal of Taranto over the course of 16 months. With a length of 244 meters and a width of 39 meters, it is the largest ship ever to enter the Mar Piccolo for the overhaul.

The Italian Navy started the upgrade in 2018, while the ship was dry docked in July 2019. During the overhaul, Cavour received upgrades to its deck that will allow it to handle the thermodynamic impacts of F-35B operations, in addition to other necessary mechanical and software systems upgrades.

The ship is now set to complete technical tests, before starting a training period. The ship had been scheduled to undertake a summer deployment to the US East Coast and shipboard trials with the STOVL variant of the Joint Strike Fighter, but it is not clear how the COVID-19 pandemic will affect these plans.

Italy is procuring a total of 30 F-35Bs for its air force and navy, in addition to the F-35A versions. A number of short takeoff and vertical landing variant aircraft will fly from the flight deck of ITS Cavour, replacing the ageing AV-8B Harrier aircraft.

Once the ship is cleared for F-35B operations, the Italian Navy will join the US and the UK Royal Navy as the third navy worldwide capable of operating the F-35 Joint Strike Fighter.

In addition to the newest generation of the stealth aircraft, the carrier relies on four 8-cell Sylver launchers Aster 15 surface-to-air missiles and 76/62 mm guns for protection. 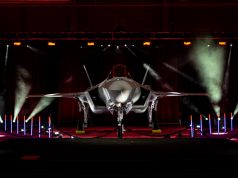 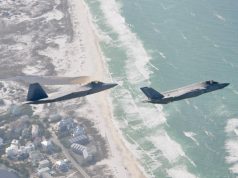