Boeing has officially handed over a new facility to the UK defense ministry that will house the Royal Air Force’s Poseidon MRA Mk1 fleet at RAF Lossiemouth.

The hangar bay of the structure, known as the “strategic facility”, can hold three of the nine submarine-hunting Poseidon maritime patrol aircraft the RAF will have in its fleet. It will also provide accommodation for two squadrons, while training and mission support facilities, including simulators are to be delivered later this summer.

The first Poseidons will be arriving at RAF Lossiemouth this fall.

“The new Poseidon fleet will reassert the UK in the maritime patrol arena. It will play an invaluable role in our national security for decades to come,” said UK defense procurement minister Jeremy Quin. “The state-of-the-art Lossiemouth facility provides the fleet with an ideal base while helping to create and sustain jobs in Scotland.”

The £100 million facility was designed and built by Boeing and its construction partner Robertson, headquartered in nearby Elgin, and 300 people were employed on site at the project’s peak.

“The strategic facility at RAF Lossiemouth is going to be an outstanding working environment optimized to support the RAF’s new Poseidon MPA. But more than that, it is going to be the home of our new capability where our crews, engineers, mission support staff and contractors will work together to deliver this essential Defence output,” said Air Commodore Rich Barrow, Assistant Chief of Staff Capability Delivery C2ISR, Air. “Delivered by DE&S and Boeing, the project has progressed at impressive speed and will deliver exactly what we need in time to meet the arrival of our new aircraft at RAF Lossiemouth in the autumn.”

The first P-8A, named Pride of Moray, touched down on UK soil in February this year. It was closely followed by the second, named City of Elgin, a month later. Both aircraft are currently flying from nearby Kinloss Airfield until the facility and runway are formally opened later this year.

Since then, two more P-8A aircraft have been painted at Boeing’s Renton site in the United States, including the Terence Bulloch, named after one of the most decorated RAF pilots in Coastal Command during the Second World War.

Boeing says that all nine of the RAF’s P-8A Poseidon aircraft, based on the Next-Generation 737, are expected to be in the UK by the end of 2021. 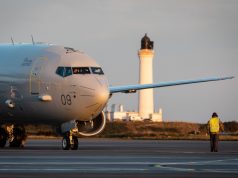 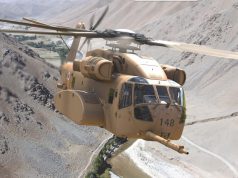