Multinational units from across Europe and North America gathered in the UK for exercise Loyal Leda 2020, a key NATO exercise to validate the Gloucester-based Allied Rapid Reaction Corps (ARRC).

The exercise, which draws to a close this week, is a key element of evaluating the ARRC’s readiness and certifying the headquarters at Full Operating Capability (FOC), which will see the ARRC qualify as NATO’s first war-fighting corps headquarters at readiness since the Cold War.

Part of the three-week-long exercise has seen divisions from four nations presenting their plans to control virtual forces within a computer simulator, using digital ‘pucksters’. This generates realistic actions and reactions of friendly and enemy forces to test the headquarters’ ability to command and control up to 120,000 troops.

The Corps is being tested using a longstanding NATO scenario. This presents a fictional but realistic peer state adversary contesting NATO in all five domains, including space, and creating complex challenges for the exercise’s 1200 participants.

While collaboration and interoperability with multinational units is key, the exercise will also test innovative concepts and technologies, to modernize the headquarters and support future real-world UK defense and NATO requirements.

The experimentation program and concepts being developed include ‘operating dispersed’ across a number of sites, making it harder for an enemy to find and target command post locations, and new equipment and technologies to make the headquarters smaller and more agile. [IMAGE ExLoyalLeda10 ASM visit]

Divisions supporting the exercise include 1 (US) Cavalry Division, 1 (CAN) Division, 3 (UK) Division and NATO’s Multi-National Division South East in Romania. The United States Army Europe (USAREUR) based in Germany is providing other control cells for the ARRC’s Corps troops, include the US 2nd Cavalry Regiment, 12th Combat Aviation Brigade and the US 41st Field Artillery Brigade.

Headquarters Allied Rapid Reaction Corps (HQ ARRC) is the UK’s largest land contribution to NATO and provides a rapidly deployable, flexible headquarters that can act as a joint, land or corps HQ for operations and crisis response. 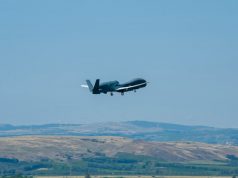 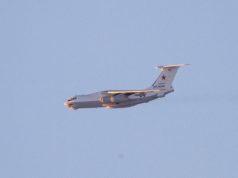 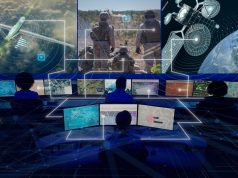