South Korean armed forces have taken delivery of the first example of the Chungoong II surface-to-air missile system that will introduce the ability of ballistic-missile defense.

According to the country’s defense procurement agency, the first of the indigenously-developed systems was handed over earlier this month, some seven months after the final Cheongung I units were delivered in April this year.

The first version of the system will be used by Republic of Korea Air Forces (ROKAF) to intercept targets at ranges of 40 kilometers and an altitude of up to 15 kilometers. It is replacing the Hawk SAM systems that have been in service since the 1960s.

The arms procurement agency did not provide details on the intercept range of the upgraded Cheongung II system, saying only it was a medium-range, medium-altitude surface-to-air intercept system. It can simultaneously respond to ballistic missile and aircraft attacks. Its development started in 2012, while serial production began in 2018. Now the first battery has been delivered.

As was the case with the first version of the system, South Korea plans to offer Cheongung II to international customers. The system is widely believed to be an equivalent of the US Patriot missile system. 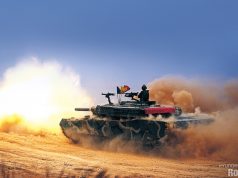 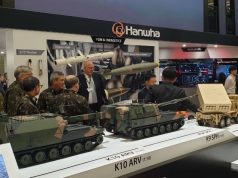 South Korea’s Hanwha enters into CRADA with US Army 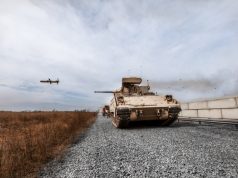