The Royal Netherlands Navy has opted for the combination of Rolling Airframe Missiles (RAM) and the DART 76 mm naval gun ammunition as a replacement for the ageing Goalkeeper close-in weapon system (CIWS) for their ships’ self defense.

When it was introduced in the early 1980s, the Goalkeeper rapid-fire gun was a state-of-the-art solution, but it is nearing the end of its lifespan. The system that provides close-range self-defense against air threats, including anti-ship missiles, and small surface targets will be phased out in 2025.

For this purpose, the Dutch Navy selected a new solution that will be able to combat air and surface targets at a relatively short distance, as well as cope with rapidly maneuvering attack boats with a variety of weapon systems.

Research carried out by the country has determined that these threats require two types of directed ammunition: an anti-aircraft missile (RAM) and the 76mm DART guided projectile. The RAM missile requires a launcher and the DART requires a 76mm cannon.

The RAM rocket flies independently to a threat thanks to its own control mechanism. The DART grenade is guided to the target with the Pharos radar. A Thales Nederland fire control system will coordinate the deployment of both ammunition types.

The new systems will be installed on the current landing platform docks (HNLMS Rotterdam and HNLMS Johan de Witt), the Joint Logistic Support Ship (HNLMS Karel Doorman) and the anti-submarine warfare frigates that will enter service from 2028. The future Combat Support Ship (HNLMS Den Helder) is also expected to be fitted with the weapons.

The Pharos radar will be available from 2028, while the other components will be delivered from 2025.

The defense ministry said the project would cost between € 100 to € 250 million. The procurement contracts are expected to be finalized by 2022. 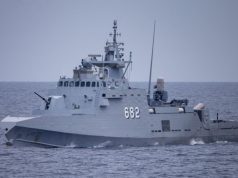 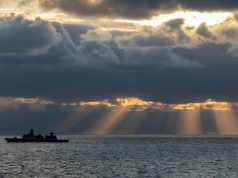 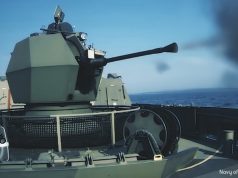