The Norwegian defense ministry has selected a Norwegian scrapping company to dismantle the frigate HNoMS Helge Ingstad, which spent four months under water following a collision with a commercial tanker.

After the collision near Bergen, Norway, in November 2018, the frigate was raised from the sea floor and towed to Haakonsvern naval base where an assessment determined that scrapping the ship was the only viable option.

The defense ministry estimated that the repairs would cost around $1.6 billion, whereas building a comparable vessel from scratch would have cost slightly less.

Several investigations into the incident have been completed but the case is yet to receive closure. According to local reports, it is still unclear whether any lawsuits will be filed while prosecutors still have material to review.

The Norwegian government has now awarded Norscrap West AS a contract worth around 60 million Norwegian krona (approx. $7 million) for the disposal of the warship, a process that will be complicated due to security concerns. In order to safeguard information regarding installed technology on the frigate and military secrets, only Norwegian companies were elligible to participate in the tender.

The defense ministry expects to offset costs from the undertaking by the sale of metal from the ship. The dismantling is expected to be completed by the end of the year.

A report into the collision from November 2019 blamed the navy for lack of training in addition to pointing out flaws in the process of clearing officers for promotions and assigning them greater responsibilities. According to the report, the tanker crew failed to mitigate potential risks while vessel traffic control service was blasted for inadequate monitoring.

HNoMS Helge Ingstad was the fourth of overall five Fridtjof Nansen-class frigates commissioned by the navy between 2006 and 2011. The sunken frigate entered service in 2009. 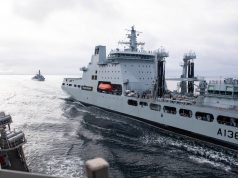 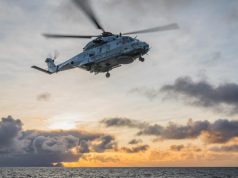 NH90 debuts on a Norwegian frigate after years of delays 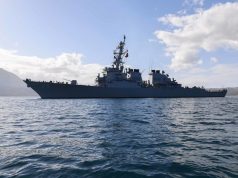