The six UAVs that were purchased for 250 million francs in 2015 from Israeli defense company Elbit Systems had been expected to be delivered by now. According to reports, it is unclear whether they would be ready for operations by 2022, when the Swiss arms procurement agency armasuisse is expecting the systems to be delivered. What is more, one of the medium altitude long endurance (MALE) UAVs that were destined for Switzerland crashed during a test flight in Israel in August last year.

The Swiss defense ministry is dismissing the reports, saying it would not have to pay for the cost overruns.

Responding to a report from the Swiss daily Tagesanzeiger, the agency said that Swiss defense ministry Viola Amherd informed Elbit in October 2020 that Switzerland would not assume any additional costs. The two sides reached an agreement in December 2020, the ministry added, without providing details of the agreement.

The defense ministry also touched upon claims that the first of the six UAVs had been secretly dismantled and shipped back to Israel after its unveiling in Switzerland in November 2019. The agency said the UAV was stationed at Emmen air force base to verify the integration into the Swiss infrastructure and to start personnel training. These activities had to be paused in March 2020 because of COVID-19 and could not be completed until today.

The agency added that the UAV was not secretly dismantled, but returned to Israel in consultation with Elbit System as a stop gap measure to prevent further delays following the crash of one of the UAVs in Israel. The returned UAV was to bridge the loss of the crashed drone during the upcoming work of the supplier.

Another issue that the program encountered concerns the sense and avoid radars that had initially been expected to be installed onboard the UAVs. The original radars were to be delivered to Elbit Systems by a Dutch company. However, the Dutch government revoked its export license in 2016, in a move that the Swiss defense procurement agency described as “unexpected.” Here too, the defense ministry stressed it would not have to bear the cost of finding another supplier of the radars. 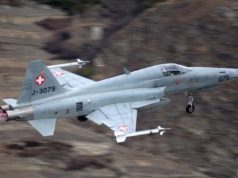 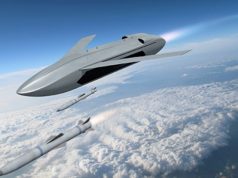 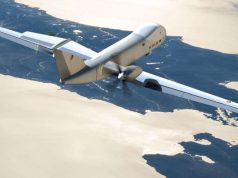