The US military has managed to get a Russian-built Pantsir-S1 air defense system out of Libya in a covert operation first reported on by The Times.

The operation reportedly took place in June 2020, after the air defense missile system was captured from the Libyan National Army, which is led by Khalifa Haftar. Government of National Accord forces discovered the Pantsir S1 after taking the al-Watiya air base in an operation in May 2020.

According to the report, the aim of the US operation was to prevent the system from falling into the hands of other militant groups in the war-torn region. It has also been stated that a US drone had been taken down over Libya with an air-defense system operated by Russia’s Wagner mercenary group in 2019. It is believed that the system used to shoot down the US drone was a Pantsir S1.

Another more obvious reason for the extraction of the system is that the US will now have the ability to take a closer look at the system which is in use both in Russia and a number of other countries that bought export versions of the system. Lybia’s Khalifa Haftar is said to have received the systems from the UAE, which bought them from Russia in 2018.

Following the report, open-source intelligence (OSINT) enthusiasts managed to pinpoint the flight that carried the system out of Libya. According to Evergreen Intel, a US Air Force C-17 transport aircraft likely picked up the system out of Tripoli, Libya on June 5 and flew first to Turkey, before heading to the Ramstein air base in Germany the next day. It is unclear what happened with the system after it arrived in Germany.

The article above tells how a USAF C-17 transported the system out of Tripoli, Libya & flew it to Ramstein. This particular flight description matches what I made a thread about in regards to the June 5th flight of USAF C-17A 10-0215 #AE4D68 using callsign RCH147 to Libya. 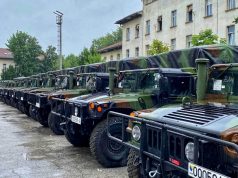 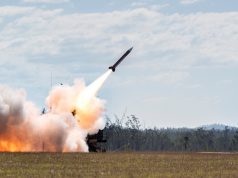 In a first on Australian soil, US fires Patriot missile during Talisman Sabre drill 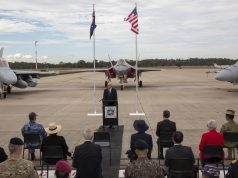 Largest bilateral drill between Australia and US kicks off in Queensland