Two US Army soldiers at Fort Bliss are in critical condition after ingesting an unknown substance on January 28, officials say.

The incident happened during a field training exercise at the base. Another nine soldiers who also ingested the substance are under observation of medical professionals.

Fort Bliss officials said the incident was under investigation, without providing further details.

As the second-largest US Army installation, Fort Bliss is home to the 1st Armored Division and stretches over approximately 1.12 million acres of land in Texas and New México.

Update: Officials have confirmed that hospitalized soldiers drank antifreeze on the final day of a 10-day exercise believing it was an alcoholic beverage.

The soldiers ingested antifreeze on January 27 and were some 24 hours after the incident. According to Col. Shawna Scully from the William Beaumont Army Medical Center, two soldiers are still in the intensive care unit at the hospital. 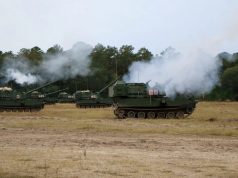