Italian aircraft carrier ITS Cavour departed Gulf of Taranto in Southern Italy on Friday and is en route to the US East Coast, where it will practice operating the F-35B fifth-generation fighter jets from its deck.

ITS Cavour got underway after a dry-docking overhaul at the Taranto navy yard, which took a little over two years to complete.

The carrier undocked in November 2019 with the ability to operate F-35B short takeoff and vertical landing (STOVL) aircraft thanks to a special thermion coating, among other modifications, that allow the carrier’s deck to handle the extreme heat generated during the vertical landing or take-off of a F-35B aircraft; a procedure that can expose the landing spot to close to a thousand degrees Celsius.

ITS Cavour had been expected to sail to the US naval base Norfolk last summer, but these plans were affected by the COVID-19 outbreak. The trip will allow the carrier to obtain certification to operate F-35Bs, which will be in service with both the Italian Air Force and Navy, in addition to a larger number F-35A conventional take-off and landing aircraft. In all, the country will fly 60 F-35As and 30 F-35B fighters.

During the trials along the US coasts, the crews and teams of testers and engineers of the Joint Strike Fighter Integrated Test Force will verify the compatibility and integration of the new aircraft on board the aircraft carrier, using all the subsystems and sensors on the ship.

“This deployment will have important implications on a strategic-military level for the defense ministry and for the country on the international scene. Italy, in fact, will become one of the few countries in the world, together with the United States, Great Britain and Japan, capable of demonstrating an aircraft carrier capability with 5th generation combat aircraft,” the ship’s commanding officer Captain Giancarlo Ciappina said.

The Italian Navy expects Cavour to reach initial operational capability with the F-35B in 2024. F-36B is replacing the AV-8B Harrier II STOVL aircraft which have been in service with the Italian Navy since the 1990s.

It is worth noting that once the ship is cleared for F-35B operations, the Italian Navy will join the US and the UK Royal Navy as the third navy worldwide capable of operating the fighter from a navy ship. Japan is expected to follow suit after it completes the process of turning its two 248-meter Izumo-class helicopter destroyers into platforms capable of operating STOVL jets.

What is more, South Korea will also have such a capability with the development of the country’s first ever aircraft carrier. South Korea announced the undertaking earlier this year. 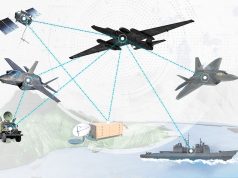 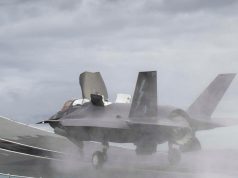 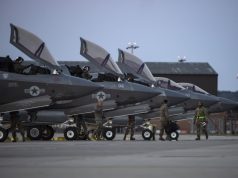