Toryu entered service on March 24 after being launched by KHI in November 2019. Japan’s class of air-independent propulsion (AIP) diesel-electric submarines was delivered by KHI and Mitsubishi Heavy Industries (MHI), who each delivered six units in the class.

It is worth noting that JS Toryu is the fourth vessel Japan has commissioned in a single month. Earlier in March, the JMSDF commissioned its second Maya-class destroyer, a minesweeper, and a submarine-sniffing ocean surveillance ship.

What is more, the country also launched its first Mogami-class multi-mission frigate on March 3.

Like the 11th boat in the class, which entered service in March 2020, Toryu is equipped with lithium-ion batteries, unlike the first ten boats which have conventional lead-acid batteries.

The main benefit of lithium-ion batteries is that they store considerably more power, allowing the Toryu and all future boats in the class to spend more time submerged under water.

Costing an estimated $500 million a piece, Soryu-class submarines displace 2,950 tons and measure 84 meters in length. They are crewed by approximately 65 submariners.

Japan is also building a successor to the Soryus, with the first boat already in water. The next class of submarines is retaining much of the design features of their Soryu-class predecessor and will be only 100 tons heavier, according to official data.

Japan has confirmed that the Taigei-class is receiving a new type of sonar system with improved detection capabilities, and a new submarine combat management system (CMS).

Reports say that the Taigei-class would also introduce pump-jet technology for propulsion. A total of two Taigei boats are currently under construction. 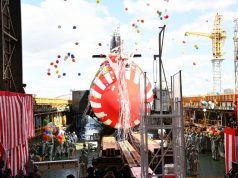 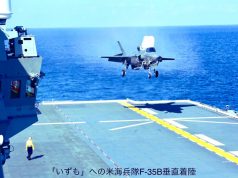 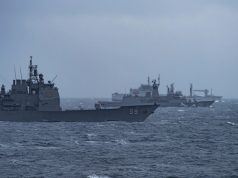