China’s People’s Liberation Army Navy has commissioned three major warships in a move that is yet to be seen anywhere else.

The ceremony took place at the naval base in Sanya, on Hainan island, on April 23, and was attended by Chinese president Xi Jinping.

China’s indigenously designed- and built Type 075 LHDs displace between 35,000 and 40,000 tons, according to analysts and measure some 235 meters in length, which makes them slightly smaller than US Navy’s Wasp- and America-class big deck ships. Hainan entered the water in September 2020, but its commissioning was slightly delayed by a smaller fire outbreak in April 2020.

China does not have a STOVL capability. However, it has a breakneck shipbuilding speed, as the Friday’s triple commissioning ceremony shows. It is worth noting that China launched three Type 075 LHDs in just 17 months.

A Pentagon report from September 2020 said that China already had the largest navy in the world, with an overall battle force of approximately 350 ships and submarines including over 130 major surface combatants.

Dalian is the third overall unit in its class and the second to enter service this year.

While China’s official military site did not specify, the Changzheng-18 Type 09IV submarine that was commissioned alongside the destroyer and the landing helicopter dock ship is the sixth or seventh unit its class.

The Type 094 is the second generation China’s Yin-class nuclear-powered ballistic missile submarines, which started entering service in 2007, according to estimates. The boats measure 135 meters in length and carry 12 JL-2 submarine-launched ballistic missiles. China is also working on its next generation of SSBNs, which will be known as Type 096. 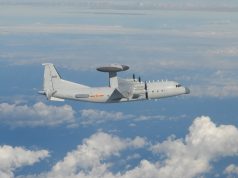 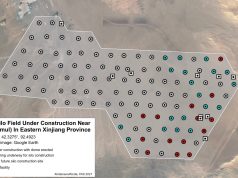 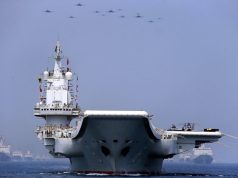