The Romanian defense ministry has signed a letter of acceptance (LOA) with its US counterpart for the purchase of Naval Strike Missile (NSM) systems that are bound to improve Romania’s maritime defense capabilities in the Black Sea.

The LOA, announced by Romania on April 27, was signed a little over six months after the US approved a possible sale of two coastal defense systems with fire distribution centers and four mobile launch vehicles in October 2020.

According to the Romanian defense ministry, the purchase would come with a price tag of around $286 million excluding taxes. Romania expects to receive the systems by 2024.

The Naval Strike Missile flies at sea-skimming altitude with a 500-pound class warhead with a programmable fuze and can engage targets both at sea and on land. The US Marine Corps is currently evaluating an unmanned ground-based anti-ship missile system comprising an Oshkosh-built JLTV and the Naval Strike Missile.

NSM is employed by Norwegian frigates and corvettes and is in operation with the Polish Navy. The missile is also in production for the US Navy, US Marine Corps and the Royal Malaysian Navy.

The signing of the LOA for the NSM purchase is the latest in a series of big-ticket items Romania is purchasing for its armed forces.

Most recently, the country took delivery of Lockheed Martin’s High Mobility Artillery Rocket System (HIMARS), making Romania the first European customer for the system. According to the defense ministry, a total of 18 systems will be delivered under a $1.5 billion contract from 2018.

Romania has also received its first Patriot surface to air missile system from Raytheon. When it signed up for the Patriot purchase in 2017, it became the 6th NATO member state to procure the system. According to a US Defense Security Cooperation Agency statement from the time, Romania was expected to spend an estimated $3.9 billion for the purchase.

In addition to the high-profile systems, Romania is also investing in the modernization of its air force, as it transitions from the Soviet MiG-21 to F-16 fighters. Earlier this year, the country received all 17 F-16 aircraft purchased second-hand from Portugal and is considering a purchase of up to 48 F-16 aircraft from the US that would equip two more squadrons.

On the army front, the country is buying up to 227 Piranha 5 wheeled armored vehicles from General Dynamics European Land Systems and has already received the first units.

By 2022, Romania expects to finalize a contract worth around 50 million dollars for the purchase of up to 130 Oshkosh Defense built Joint Light Tactical Vehicles (JLTV) for its special operations units. 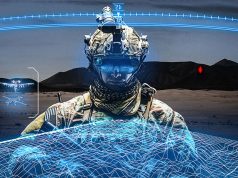 Raytheon to deliver live training system prototype to US Army 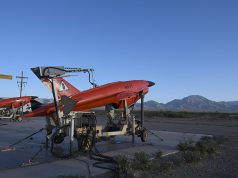 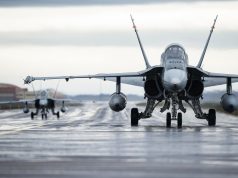