The British Army is modernizing 148 of its 227 Challenger 2 main battle tanks to the Challenger 3 standard as part of an £800 million contract with Rheinmetall BAE Systems Land (RBSL).

The upgraded tanks will carry additional high velocity ammunition able to travel at faster speeds with an increased range. Ammunition will also be programed digitally from a new turret with a 120 millimeter smoothbore gun.

Challenger 3 will also feature an upgraded engine with a new cooling system and suspension to improve accuracy when firing in transit.

A new automatic target detection and tracking system will be used to identify threats, whilst new thermal long-range cameras will be fitted as part of a day/night image system.

As part of the Challenger 3’s layered protection, the fleet will also be the first to receive an active protection system (APS), allowing it to recognize incoming threats and neutralize them. The tank will undergo full electromagnetic testing to ensure it is survivable in sensor saturated battlefields.

The new modular armor has been developed through advances in armor technology provided by the in-house Chief Scientific Advisor (CSA) funded armor expertise held within the Defence Science and Technology Laboratory (Dstl).

Challenger 3 will also be fitted with a digitized backbone connecting it to the other combat vehicles that make up the fighting brigade, enabling data sharing across domains to deliver information advantage and enable multi domain Integration and an edge over adversaries.

“This represents a huge shift in the modernization of our land forces through the increased lethality of Challenger 3. This pioneering new technology allows us to deliver immense warfighting capabilities in battlespaces filled with a range of enemy threats,” UK defense secretary Ben Wallace said. 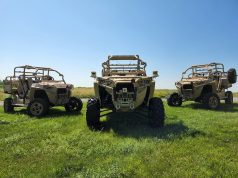 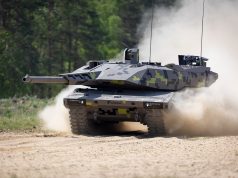 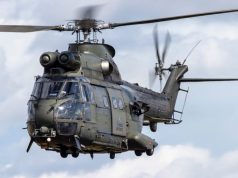