The 50th edition of NATO’s premier naval exercise in the Baltic region kicked off on June 6 with air and maritime assets from 18 ally nations in attendance.

“This year, we celebrate the 50th BALTOPS, an exercise that sets the foundation of interoperability across the alliance,” said US Vice Adm. Gene Black, commander, Naval Striking and Support Forces NATO and commander, US Sixth Fleet.

First held in 1972, BALTOPS is a joint, maritime-focused exercise that brings together NATO allies and partners in order to increase interoperability and enhance flexibility among the participants.

During the nineties and into the 00s, the exercise became important for NATO countries, as it simultaneously demonstrated unity and will to defend the Baltic Sea countries, as well as giving naval forces ample opportunity to train a number of naval disciplines.

During the first six days (the CET/FIT phase), ships and aircraft will transit through the Danish Straits, focusing on maritime operations in critical chokepoints, ensuring access and freedom of navigation in the Baltic Sea.

For the first time, exercise design incorporates defensive cyber warfare tactics, techniques and procedures as BALTOPS continues to adapt and train to ensure an asymmetric advantage in the era of modern warfare.

Naval Striking and Support Forces NATO (STRIKFORNATO) will again command and control BALTOPS from its headquarters in Oeiras, Portugal.

The 16 NATO and 2 partner nations involved in the drill will provide approximately 40 maritime units, 60 aircraft, and 4,000 personnel. 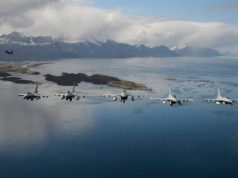 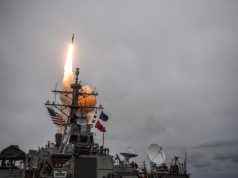