The US Air Force’s Simulators Division of the Agile Combat Support Directorate within AFLCMC has acquired a new C-130J simulator which will allow crews to use a single simulator to train on multiple aircraft models.

Called the Reconfigurable Device, the simulator, manufactured by Lockheed Martin Rotary and Mission Systems and CAE USA, is the first-of-its-kind for large aircraft simulators to reconfigure the cockpit area to represent two different aircraft – in this case, two different models of the C-130J.

“It only takes four hours to swap over from one model to the other,” said David Groendyk C-130J MATS program manager.

It is a full motion aircraft simulator meaning it is a platform the size of a small room mounted on hydraulic arms. On the inside, it looks like an aircraft cockpit. Projectors are used to drive ‘outside’ images projected on a reflective surface and seen through the windscreen. There are some significant components and software that are swapped out during the reconfiguration.

Previously, separate simulators would have been needed for each aircraft model. This device represents a significant cost savings with the ability to represent different models which is also called “horizontal reconfiguration.”

Another device at Little Rock AFB, Arkansas, is reconfigurable to represent the two different “vertical configurations” of the C-130J. Block updates within aircraft models are used to upgrade and add functionality to aircraft, and simulators must keep current with aircraft designs. The reconfigurable device at Little Rock can represent both the Block 6.0 and 8.1 versions of the C-130J – again allowing one simulator to do the work of two previously.

“It provides tremendous flexibility in training,” Groendyk said. “That we can support niche training is a significant improvement to the user community.”

As the aircraft continue to mature, these simulators will be upgraded to mirror changes in the fleet. 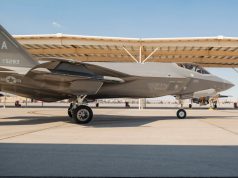 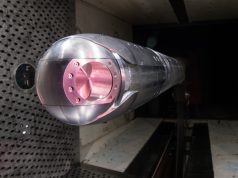 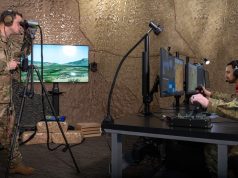