The initial 17 aircraft were ordered in 2017, with the first aircraft entering Armée de l’Air et de l’Espace service in 2018. The first pilots concluded their training on the aircraft in 2020.

PC-21s will be used to train future military pilots who will subsequently step up to the Rafale multi-role lead-fighter. The new aircraft are replacing the twin-engine jet trainers which were previously used for pilot training.

DGA signed the agreement for the additional nine airframes with F-AIR 21 (Cognac Formation Aero SAS France), with Pilatus acting as the exclusive subcontractor for the supply of the nine PC-21s and other ground-based training systems and spare parts.

In May 2020, France also ordered an additional PC-21 full-mission simulator for the ground-based training system from CAE.

“French evaluations are highly professional, which again proves to us that we offer the world’s best training system in this market. I am delighted that the Armée de l’air et de l’espace has opted for further PC-21s,” Pilatus Aircraft CEO Markus Bucher commented.

Besides Switzerland and Spain, France is the third European nation to adopt the PC-21, the world’s most advanced training system. Over 230 PC-21s are now in service with nine air forces worldwide. The PC-21 is also used to train future test pilots at the Empire Test Pilots’ School in Boscombe Down, England.

The Pilatus PC-21 is equipped with a pressurized cockpit, air conditioning, an anti-G system, and on-board oxygen generation. It is capable of sustained low-level speeds over 320 knots, and hydraulically assisted ailerons and roll spoilers can produce fighter-like rates of roll in excess of 200 degrees per second. 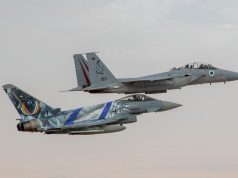 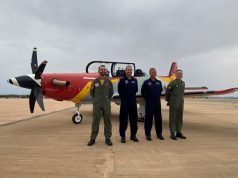 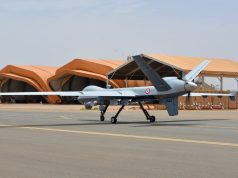