The UK defense ministry has signed a contract worth £250 million (approx. US$349M) with the industry team in charge of developing the next-generation fighter that will drive drive the program’s concept and assessment phase forward.

Marking the formal start of the program’s concept and assessment phase, the contract is worth an initial £250 million and is planned to grow further. The investment forms part of more than £2 billion worth of UK government spending on the project over the next 4 years.

The UK defense secretary made the announcement at BAE Systems’ site in Warton, which is the center of development for the program.

In addition to BAE Systems, Team Tempest also includes partners Leonardo UK, Rolls Royce and MBDA UK. Around 800 of the 2,000 jobs supported by the contract are based in the North of England, across sites in Warton, Samlesbury and Brough.

“Today marks a momentous step in the next phase of our Future Combat Air System, with a multi-million pound investment that draws on the knowledge and skills of our UK industry experts,” defense secretary Ben Wallace said.

As outlined by the defense ministry, the Tempest concept and assessment phase will define and begin to design the future combat air system, mature technologies across the system, secure digital and physical infrastructure and tools that underpin digital engineering. It will also enable major program choices by 2024.

“Developing the system allows us to drive a revolution in digital development and harness the power of open systems architecture. We are looking forward to working together with UK industry and international partners to create and deliver a system which will keep us safe for decades to come,” UK Director of Future Combat Air, Richard Berthon said.

During his visit to Tokyo last week, the defense secretary and Japanese defense minister Nobuo Kishi also agreed to accelerate discussions between the UK and Japan on developing sub-systems for a future combat air system. This included intensifying efforts to explore working together on power and propulsion. 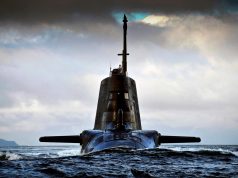 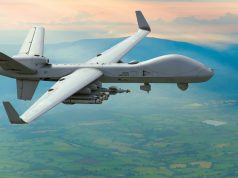 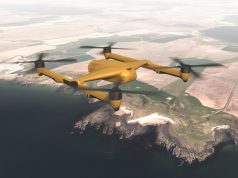