The final of Royal Australian Navy’s three Hobart-class air-warfare destroyers, HMAS Sydney, returned to Garden Island, Sydney, on June 30, following a four-and-a-half month deployment to the United States and Canada in which she qualified for operational duty.

While away, the crew completed Aegis weapons system qualification trials, including weapons firings off the US west coast and integrated sonar suite trials, sailing from Nanoose Bay, Canada.

Sydney passed the tests and now joins her sister ships Hobart and Brisbane as being ready for operational deployment.

“Our deployment was the culmination of more than a decade of work by navy in partnership with the Australian shipbuilding industry,” Commander Hough said.

“It was an honor to lead such a dedicated crew and to return to our home port, knowing we have been part of the final check off for such a critical capability.”

Built in Adelaide by the Air Warfare Destroyer Alliance, Hobart, Brisbane and Sydney are equipped with the Aegis combat system, which includes an advanced phased array radar and SM–2 missiles.

The Aegis provides the destroyers with advanced air defence systems capable of engaging aircraft and missiles.

Coupled with its surface and anti-submarine warfare capabilities, the destroyers have layered offensive and defensive systems to counter conventional and asymmetric threats in all spheres of naval warfare.

Another interesting feature of the destroyers is Raytheon’s Cooperative Engagement Capability (CEC), a system that shares/compiles sensor data from multiple platforms into one picture. In addition to the US and Australia, Japan is poised to join the CEC capability club with its two Maya-class destroyers. 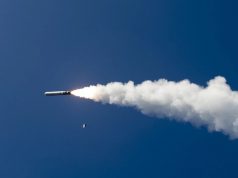 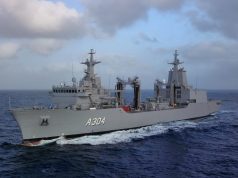