The armed forces of Australia and the United States are partnering for the development of a new precision missile capability to increase interoperability and modernize both militaries.

Australia’s participation in the US led Precision Strike Missile co-development program will contribute to both nations’ strategic objectives, delivering on a key aspect of Australia’s 2020 Defence Strategic Update.

Australia has contributed A$70 million to the A$907 million Precision Strike Missile program (PrSM) to advance long-range precision fire capabilities of Australian and US militaries.

A recent memorandum of understanding (MOU) between Australia and the US cements this collaboration, with a commitment to increasing the lethality, range and target engagement of the baseline missile in development.

The surface-to-surface, all weather, precision-strike guided missile will be capable of destroying, neutralizing and suppressing diverse targets at ranges from 70 to over 400 kilometers. Lockheed Martin, who is developing the PrSM for the US Army, has already completed several test flights with the missile, including a record 400-kilometer demonstration in May this year.

Signatory to the MOU, US Army’s Defense Exports and Cooperation, Deputy Assistant Secretary Elizabeth Wilson, said the agreement formalizes one of the US military’s largest cooperative acquisition programs entered into with a partner nation.

“Australia’s cooperation with the PrSM compliments the US presence in the Indo-Pacific Command area of responsibility; reinforces our dedication to allies in the Indo-Pacific; and sets a path forward for US Army Long Range Precision Fires in the region.”

“Increment 2 of the program, committed under the MOU, will seek to incorporate technology that allows ships and air-defense systems to be engaged,” MAJGEN Stuart said. 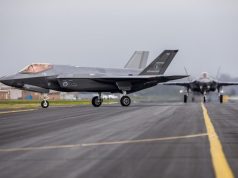