General Dynamics European Land Systems (GDELS) announced on October 6 it entered into an agreement to provide the M3 amphibious bridge and ferry system to Latvia.

The company announcement comes just a week after GDELS and its partner Hanwha Defense Corporation secured a contract for the delivery of 110 amphibious bridging vehicles for the Republic of Korea Army.

The Latvian contract was awarded to GDELS by the US Army Contracting Command, Detroit Arsenal, which is managing the support to Latvia as it addresses needs for additional NATO wet-gap crossing solutions. Deliveries will also include an integrated logistics support package consisting of training, tools and manuals.

“This procurement is another milestone marking transatlantic cooperation and the necessity of mobility and interoperability for allied forces,” said Dr. Thomas Kauffmann, vice president of international business and services for GDELS.

Latvia will become the latest country to use the M3 system, following the Republic of Korea, Indonesia, Singapore, Taiwan, as well as the UK and Germany through its recently formed engineer M3 battalion. The M3 is used in different roles, from combat operations to civil defense.

With the M3, Latvia will be able to contribute to NATO enhanced forward presence by providing allied troops mobility and interoperability with other M3 users, as well as with GDELS improved ribbon bridges (IRB), which are widely used by US and German forces.

The M3 amphibious bridge and ferry system can carry all NATO vehicles and can build a 100m (330 ft) floating bridge in less than 10 minutes.

“We are very proud that we will deliver the latest and most modern variant of the M3 to the Latvian Armed Forces,” said Dr. Christian Kauth, vice president and managing director of GDELS-Bridge Systems. “The vehicles will also be equipped with ‘arctic kits’ that will allow to operate them in very cold climate conditions.” 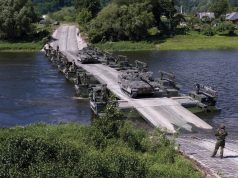 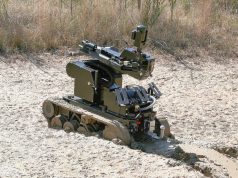 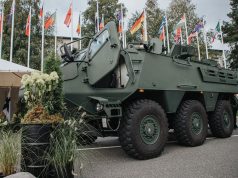