Daewoo Shipbuilding & Marine Engineering (DSME) launched the new ASR-II submarine rescue ship for the Republic of Korea Navy in a ceremony on October 7.

The launch took place at DSME’s Geoje shipyard, a little under three years after the South Korean defense procurement agency (DAPA) awarded the company a $400 million contract for the construction of the ship.

Work on the next-generation submarine rescue vessel, which will represent a significant improvement in capability, began as early as November 2015.

According to previous releases, ASR-II will allow the navy to submariners at depths of up to 500 meters, while a remotely operated vehicle, which will be deployed through a moon pool, will be able to go to depths of 1,000 meters.

Compared to the Cheonghaejin, which can operate in waves of up to 2 meters, Ganghwado can sustain operations in 4-meter waves.

The 120-meter ship can rescue up to 17 individuals at a time, and has a helipad. A deep search and rescue vehicle (DSRV) for the ship will be delivered by UK-based JFD under a contract from January 2019.

A photo from the launch ceremony showed a JFD DSRV on the pier. In September 2020, the company announced it had delivered a full scale replica DSRV mock-up to enable DSME to conduct factory acceptance tests and harbor acceptance trials onboard the Ganghwado.

Initially scheduled for delivery by 2022, future ROKS Ganghwado is currently eyed for a delivery by mid-2023, following a series of trials and system tests. 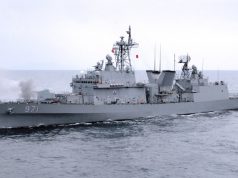 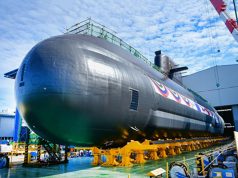 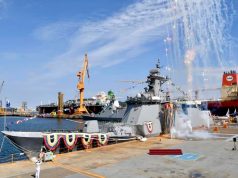