The Australian government has decided to retire its fleet of troubled MRH90 Taipan helicopters a decade early and will replace them with US UH-60 Black Hawks.

Up to 40 Black Hawks will be formally requested from the United States to boost the Australian Army’s helicopter capability.

The decision was made after the Airbus-built Taipan fleet did not met contracted availability requirements nor the expected cost of ownership ahead of its planned withdrawal from service in 2037, the government said in an announcement on December 10.

“The performance of the MRH90 Taipan has been an ongoing and well-documented concern for defense and there has been a significant effort at great expense to try to remediate those issues,” Australian defense minister Peter Dutton said.

“It is critically important there is a safe, reliable and capable utility helicopter available for our service men and women into the future, with reasonable and predictable operating costs.”

Australia was already forced to lease two Leonardo AW139 helicopters from a private operator to augment the low availability of the MRH90 Taipan fleet.

The most recent grounding of all of the 47 Taipans occurred this summer, while their purchase has been on the projects of concern list since 2011. The helicopters were also grounded in 2019, after one of the Taipan aborted its mission due to tail rotor vibration. Another issue that has been documented is that the MRH-90 door was too narrow for the operation of its gun while troops were descending.

The UH60 Black Hawk that Australia is now looking to buy is the most widely used utility helicopter variant in the world. The UH60M is the latest version and has been in service with the US Army and other nations for over a decade.

“The Australian government is exercising its right to understand what options are available to provide the necessary capability at a reasonable cost into the future,” minister Dutton said.

The options will still be subject to government consideration once all the relevant information is available, the release from Friday said.

The Royal Australian Navy operates six of the overall 46 MRH-90 Taipans in service in Australia. However, the service is already moving to buy an additional 12 MH-60R Seahawk multi-mission helicopters, in addition to the 24 Seahawks delivered by Lockheed Martin between 2013 and 2016. 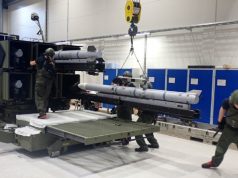 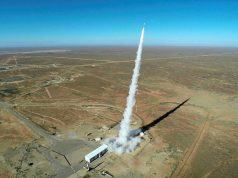