The Royal Netherlands Air Force has declared initial operational capability (IOC) for its F-35 fifth-generation fighter aircraft, joining a select group of 8 countries with such a capability.

The declaration of IOC means that the country’s air force can now deploy a squadron of four F-35s with personnel and equipment anywhere in the world for a short period of time.

The Netherlands achieved the milestone after receiving its first F-35 at the end of 2019. A total of at least 46 of the new fighters will eventually replace the F-16 fighters currently in service.

The F-16 has been in use since 1979 and has been deployed for many operations in over 40 years. Even though the fighter aircraft has undergone many upgrades over the years, it has become operationally and technically outdated. The Netherlands also determined the F-16 was also no longer financially sustainable, as it is becoming increasingly expensive to maintain older aircraft.

To achieve the IOC, the F-35 squadron moved from Leeuwarden to the Volkel air base last year for exercise Frisian Lightning II. The aim was to prepare the unit for a move in the shortest possible time. Exercise Frisian Lightning I previously trained the packing and preparation of equipment and spare parts. The air force also performed a similar maneuver from the Leeuwarden air base to the United States this year.

“With this we are taking another important step in our transition to a future-proof air force. I expect that on our path to full operational capability we will enter a period of heavy deployment of this wonderful new weapon system. Just as we have seen almost continuous deployment of F-16s over the past 30 years, more is only possible with this ‘next level’ fighter aircraft,” Lieutenant General Dennis Luyt, the commander of the Royal Netherlands Air Force, said declaring the IOC on December 27.

Australia, England, Italy, Norway and the United States, among others, preceded the Netherlands in achieving the IOC milestone with their F-35 fighters.

When it selected the F-35 in 2013, the Dutch government secured a considerable involvement of the Dutch commercial sector in the program. This has resulted in collaborations between Fokker and Lockheed Martin for cabling and housing for the drag parachute system, and Fokker with Northrop Grumman for hatches. Dutch Aeronamic is working with Honeywell for parts of the energy supply systems, while Thales is cooperation with Northrop Grumman on the radar systems.

The defense ministry noted that a new facility for the engine maintenance of the F-35 opened in Woensdrecht less than two months ago. The facility will not only maintain engines on Dutch F-35s, but also on those flown by international partners of the program. 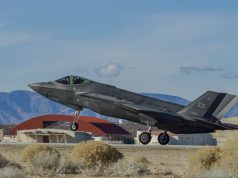 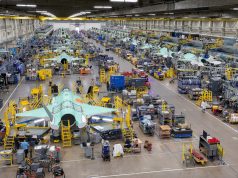