According to the company, the donation was presented to the ambassador and the defense attaché at the embassy of Ukraine by AeroVironment chairman, president and chief executive officer Wahid Nawabi during a meeting last week.

The first half of the donated Quantix Recon UAS shipment is expected to be delivered this week with operational training commencing immediately, the company said.

AeroVironment announced the donation of Quantix drones after receiving a $19.7 million contract from the US defense department for the delivery of RQ-20 Puma UAS for Ukraine by the end of May, this year.

It is worth noting that the company will also be delivering the Switchblade loitering missile drones to Ukraine as part of a defense assistance package announced by the Pentagon in March this year.

“As the Ukraine military’s fight to protect their homeland and defend their nation’s freedom against Russia’s invasion intensifies, their need for solutions that can offer force protection and force multiplication capabilities continues,” said Nawabi. “This donation will provide operators with a tool that can fly undetected by enemy forces and unaffected by radio frequency jammers to deliver accurate and rapid reconnaissance of remote, inaccessible areas of the dynamically changing battlefield. 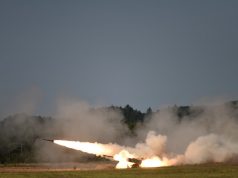